This has to be one of the coolest PC’s I’ve ever built.

We were given the task to build the fastest PC for Video editing and rendering, with the most storage space we could fit, all without becoming a heater or jet engine for the user sitting in a cubical. The system had to be fault tolerant, so one OS hard drive could die and/or one drive from the RAID 5 array could die and still function. If the case could hold more drives I would have devoted another drive or two for a hot spare.

The PC was built in a few hours, and then another hour was spent cleaning up all of the wires and installing extra fans. You can see in the pictures that I should have turned off the PC before installing those top fans. I managed to clip one of those fan blades on my knuckle.  I would have loved more of those larger fans, but I used what I had.

After building the PC, the RAID 5 array produced a little over 12TB of formatted, usable space. The 14TB array took almost 2 days to initialize!  The firmware on the PCIe RAID Controller needed to be upgraded to see the full size of the array. The BIOS on the motherboard had to be upgraded as well.

There were some slight under-clocking issues after install that ran the i7 960 processor at like 1.2 GHz instead of the 3.2 GHz. After resetting some jumpers, clearing the CMOS, and playing with the BIOS settings we were finally able to get it at 3.2. I played around with the overclocking and could not get the system stable at 3.4, it was worth trying though. =)

The total project fit inside a $3500 budget (not including a copy of Win7).

Here are the specs from NewEgg: 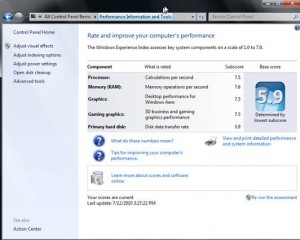